Created by Bartolomeo Cristofori around the 1700s for the Italian Medici family, the piano has come a long way since its conception. In terms of piano history, there are generally 4 major periods: the Baroque (1600-1750), the Classical (1750-1820), the Romantic (1830-1900), and the Contemporary (1900-present) eras. Before getting started with piano lighting, let’s take a look at each of these eras as part of our ongoing series about Piano History. 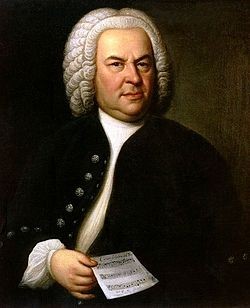 When you think of music in Baroque period, the name of Johann Sebastian Bach certainly stands at the forefront. Born in Eisenach (modern-day Germany) Bach was born into a great music family. His uncles, father, and brothers were all in the music field, and Bach himself was heavily influenced by not only local styles but rhythms from abroad. He took the dramatic openings of Vivaldi, Corelli, and Torelli and transcribed them to the keyboard. Known more as an organist in his time, his keyboard work was not really known until it was revived by composers in the Romantic period (1830-1900).

For the keyboard today, Bach’s most well-known works are The Well Tempered Clavier, which consist of a prelude and a fugue in every chromatic key, giving 48 pieces to play;

Inventions and Sinfonias , a re-imagining of The Well Tempered Clavier , but without the lesser-used chromatic keys; and Dance Suites, which consists of English suites, French suites, and Partitas for keyboard and follows the dance-suite style. 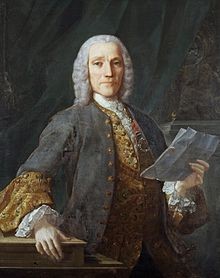 Domenico Scarlatti was an Italian composer who, chronologically speaking, is placed in the Baroque period but who, historically speaking, transformed and influenced the later Classical Period (1750-1820). Though the exact details of his rise to stardom are unknown, he was probably taught the keyboard by his father. Most of the songs that he wrote were not published in his lifetime, but were unearthed after his death, and today he is known for his sonatas (pieces written for solo play). In his sonatas, he added his Italian background with the Spanish folk and dance rhythms. He also accelerated the use of the acciaccatura, which is a short grace note that is played off-beat and before the main note, used more for transitioning in piano.

If you follow along and play their pieces on the piano, you recognize and feel the ornamentation, which is the use of small grace notes (like the acciaccatura), smooth transitions, and a feeling of order and peace.

And whether decide to start playing Bach’s or Scarlatti’s pieces, do so with a Cocoweb piano lamp , as it will make it easier to read and see the notes (and for cost effective lighting, you can use our LED piano lights). For the best in grand piano lighting, check out our grand piano lamps!