Last time, we went over famous Baroque Period pianists . This time, we’ll be talking about composers in the Classical Period (1750-1820). 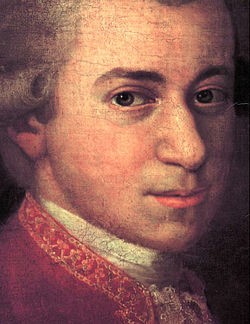 Mozart was born in 1756 in Austria. A child prodigy, he started composing for the piano at the age of the mere age of five years old. He was taught at first by his father, but even he realized that Mozart didn’t even need his help. The child went on to write his first symphony at the age of eight, and throughout his life, he wrote over six hundred works, including symphonies, operas, solo concertos, and piano sonatas. He also popularized the piano concerto (of which he wrote twenty-seven), which consists of three movements, and he went so far as to make sure that a concerto could work out not only for piano solos, but also for an entire orchestra as well.

Mozart’s playing style embodied the central traits of the Classical style: clarity, balance, and transparency. Mozart also used other influences from his time and absorbed them into his own music—the man truly was a grandmaster of the musical arts. 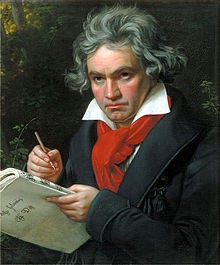 Ludwig van Beethoven was born December 17, 1770 in Germany and is known for nine Symphonies (you’ve probably heard of his Fifth), five piano concertos, and thirty-two piano sonatas. He studied with Joseph Haydn, another famous Classical composer (though not quite as well-known as Mozart and Beethoven). Haydn’s influence, along with Mozart’s, is heard in Beethoven’s work, but the whole of his composition is so much more than the influences of others: he made his own melodies, texture, and emotion in his work.

This era of influence was one of the three periods that defined Beethoven. His second period started when he became deaf (for the last decade of his life). He still composed and most of the works that are well known were written during this time. This period brought about music that showed heroism and struggle. In Beethoven’s final period, his works showed intellectual depth, innovation, and very personal expression. Beethoven was the one who bridged from his predecessors (the Classical period) to the new Romantic period that was to come.

It was also said that Beethoven may have been a bit crazy. When you’re playing his sonatas, don’t go mad like him—get a Cocoweb piano lamp! With one of premium piano lamps, you’ll be able to see the many notes upon your sheet music! If you want a light that’s more energy efficient, try one of our LED piano lamps today!