The much anticipated season of the year evoking memories of fireworks lighting up the sky, lightening bugs, and stargazing is accompanied by higher temperatures, as well as increased costs for cooling your home.

The increasingly sweltering days of summer, coupled with the longer hours of sunlight, present two very significant dilemmas: How to save on electricity costs as well as how to avoid adding heat to the inside of your home.

Central air conditioning, ceiling fans, tower fans, or any combination of home cooling appliances are often a necessity in most regions. During the hottest moths of the year, and particularly during heatwaves, cooling accounts for the largest share of a household’s energy bill. To decrease the amount of cooling necessary for comfort, avoiding adding excessive heat to your surroundings is pertinent. Keeping windows and doors shut, avoiding oven usage, and turning off and unplugging appliances while not in use are general solutions, but the energy required for lighting sources is often overlooked. Dimly lit and windowless rooms, as well as hallways may require the additional support of ambient, accent, and task lighting, and while the costs may seem negligible, over time, using more efficient lights can noticeably add to your savings.

The ambient temperature in your home can affect the performance of older styles of lighting fixtures. Operating fluorescent lamps and CFLs (compact florescent lights) in cold or hot environments will lead to reduced light output, reduced power, and reduced efficacy. In regions with more humidity particularly in the warmer months, exposing the bulb to moist air will cause the prongs inside fluorescent bulbs to corrode, reducing the performance and life of the bulb. Incandescent lights, on the other hand, can emit 90% to 98% of their energy as heat, adding substantially to the overall ambient temperature of a room. 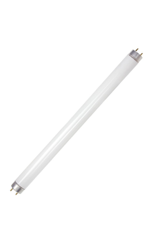 In both cases, the vast majority of energy is lost rather than used and converted into visible light. However, 95% of electricity supplied to an LED is used to produce illumination, while only 5% becomes wasted in heat. This means LED lights are 95% efficient. Furthermore, unlike other types of lighting, LED bulbs which encase the diodes will not burn your skin, and is safe when touched.

According to Energy.gov, “LED is a highly energy-efficient lighting technology, and has the potential to fundamentally change the future of lighting in the United States.Residential uses at least 75% less energy, and last up to 25 times longer, than incandescent lighting.

Widespread use of LED lighting has a large potential impact on energy savings in the United States. By 2035, the majority of lighting installations are anticipated to use LED technology, and energy savings from LED lighting could top 569 Terawatt hours annually by 2035, equal to the annual energy output of more than 92 1,000 Megawatt power plants.”

The reluctance and slow transition to universal LED lighting is largely due to the initial cost, but considering the longevity of LED lights, as well as the cost of electricity used for powering the light sources, the difference is obvious.

Furthermore, LED lights do not emit UV rays and radiation. The increased time spent outdoors during the warmer months can cause more damage to your skin from exposure to ultraviolet light, hence the need for sunscreen, but by utilizing LED lighting indoors, the risk of UV damage isn’t brought into your home.

Cocoweb’s Calla series of lighting fixtures allow for maximum illumination to an area, while minimizing the cost in electricity usage. The Calla Gooseneck sign light allows you to direct light to specific areas, and swivels in the direction of your choice. The Pendant model is perfect as a centerpiece to a room, providing light to a wider area, while also extremely aesthetically pleasing when places in multiples. The Calla indoor/outdoor barn light is an attractive choice for hallways, bathrooms, or next to doors both inside and out. Finally, the Calla Industrial Floor Lamp adds visual appeal to a room, is adjustable and moveable, utilizing an AC adapter cord which requires no additional installation. 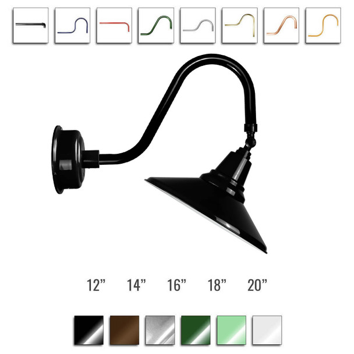 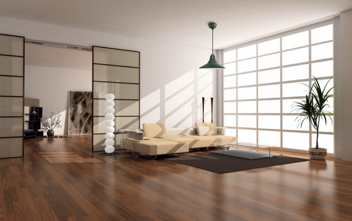 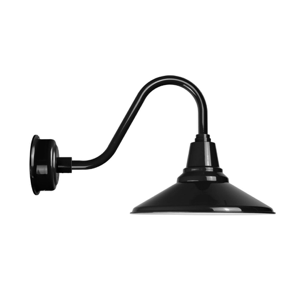 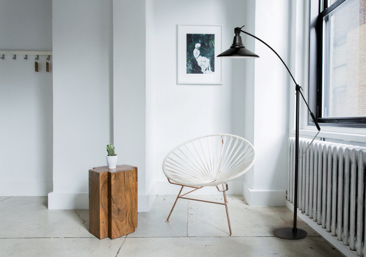 To save on additional energy, Cocoweb’s lighting fixtures can be further customized with dimming abilities, Dusk-To-Dawn Photocell, which automatically detects shifts between day and night, turning your light on or off when needed, and motion sensors to activate a light only when a presence is detected.

The summer months should be a time of enjoying the company of loved ones, barbecues and picnics, basking in the warm weather, and taking a vacation from the stressors of everyday life, whether you’re vacationing or staycationing. Having one less worry with energy efficient, money saving lighting can help bring you piece of mind while you enjoy another piece of delicious pie.