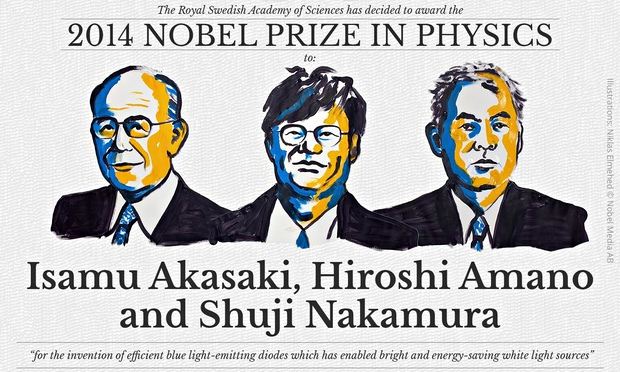 Image provided via the Guardian (www.theguardian.com)

LED lighting has revolutionized residential and commercial lighting solutions, offering an energy efficient technology that is more efficient, durable, long-lasting, and versatile than both compact fluorescent and incandescent lighting. In fact, this technology is so important that its inventors -- Hiroshi Amano, Shuji Nakamura, and Isamu Akasaki -- were the recipients of the Nobel Prize in Physics in 2014 for the creation of the blue LED diode, an extremely beneficial invention that enables full spectrum of bright LED lighting.

The Invention of LED Illumination
White light requires LEDs (light-emitting diodes) that can deliver blue, green, and red light. Red LED illumination was first created in the 1950s, with green LED following in the 1960s. For decades, researchers struggled to create blue LEDs.

In the 1980s, Amano and Akasaki working at Japan's Nagoya University and Nakamura working with the Nichia Corporation focused their work on the compound semiconductor gallium nitride (GaN), hoping it could be used to produce blue LEDs. While other researchers had attempted this line of research in the past, the three were separately able to break through numerous challenges. Nakamura is credited with creating the first high-brightness blue LED light in 1993.

With their Nobel Prize in Physics, Amano, Akasaki, and Nakamura joined almost 200 illustrious peers. The Nobel Prize in Physics has also been awarded to well-known scientists such as Peter W. Higgs for the theoretical discovery of the subatomic particle (the "Higgs boson particle"), Victor Hess for his discovery of cosmic radiation, and Albert Einstein for his multiple contributions to theoretical physics. 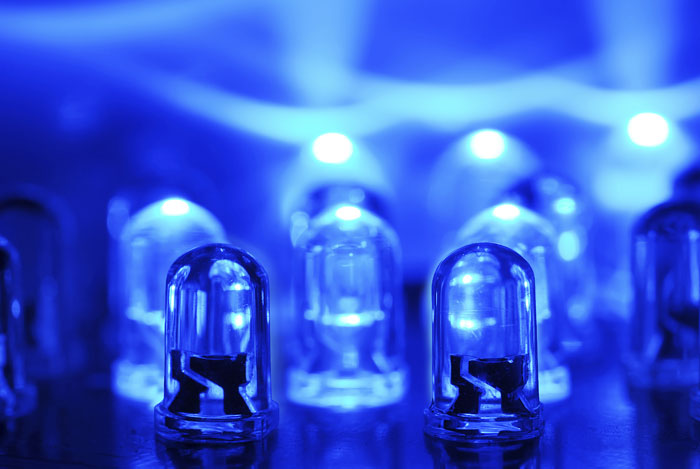 What Makes LED So Ground-Breaking?
Energy efficient lighting in the form of blue LED has been around for just 20 years, but it has already been used to create white light in a completely new way that benefits everyone. White LED lights emit a bright white light. There are several advantages to LED lighting that makes it worthy of the Nobel.

LED lamps last longer and use far less energy than any other form of lighting, and the technology is continually improved, resulting in more efficiency with a higher lumen per watt. LED lights just broke another record at more than 300 lm/W, compared to 16 lm/W for an incandescent light bulb and 70 for a fluorescent lamp. LEDs can last for up to 100,000 hours, compared with 10,000 hours with fluorescents and just 1,000 for incandescents.

Cost is a final important benefit. This energy efficient lighting has the potential to save homeowners hundreds every month. By switching out 47 incandescent bulbs for LED, for example, someone can save more than $40 per month in electricity costs.

LED lighting has been around for just twenty years but it has already transformed illumination solutions. With new improvements introduced each year, LED technology will only get better with time.

For the best in LED Lighting Products, be sure to check out our art lights, barn lights, and piano lamps, all available from our website, cocoweb.com.