The summer solstice heralds the beginning of summer in the Northern Hemisphere. It is known as the longest day of the year. The summer solstice is the day when there is the longest stretch of daylight. This occurs because as the Earth orbits the sun, it tilts 23.5 degrees on its axis, which is when the northern hemisphere faces the sun most directly. In Latin, ‘sol’ means ‘sun’ and ‘stitium’ means ‘to stop.’ So the term ‘solstice’ (which derives from the Latin ‘solstitium’) literally translates to ‘sun stands still’. 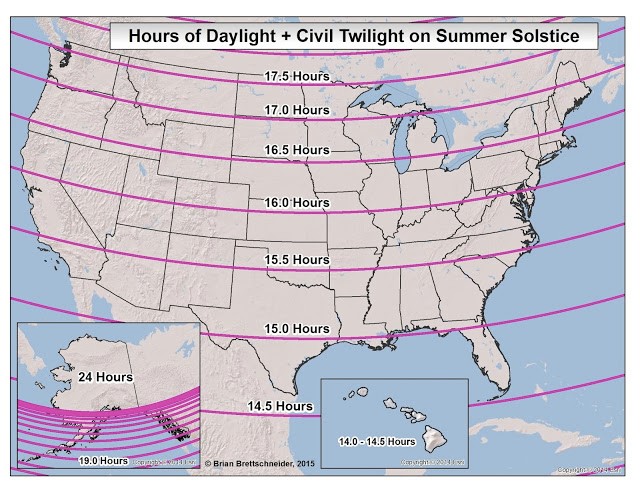 A map from Brian B’s Climate Blog shows the amount of daylight seen in the U.S. during the summer solstice

The summer solstice is a special day for many because it is recognized and celebrated in cultures around the world. Many cultural practices celebrate it as the day of symbolic renewal, fertility, and harvest. In southern England, thousands flock to the Stonehenge to see the sun rise from the vantage point of the 4,000-year-old solar monument. 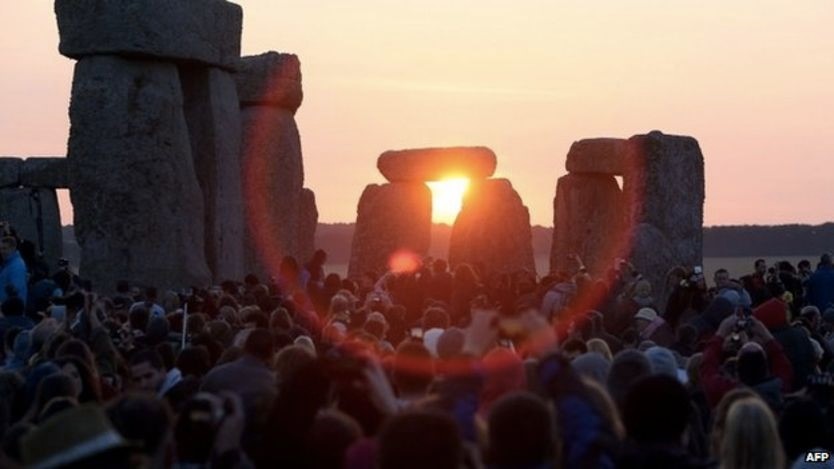 Watching the sun rise at Stonehenge

Although the summer solstice is the longest day of the year in terms of sunlight, it’s typically not the hottest day of summer: thermal inertia actually causes the Earth’s oceans and atmosphere to absorb and re-radiate the sun’s rays over time, which means that all the heat absorbed during the solstice isn’t really felt until weeks later. As a result, the hottest days of summer will occur in July and August.

With summer just about here, be sure to enjoy the weather while the sun is high, the days are long, and the world’s at large. And whether you’re spending a lot of time outdoors or escaping the heat indoors, check out our tips for outdoor lighting or some tips on cooling down with our LED light fixtures.