THE POWERFUL IMPACT OF LED'S 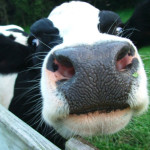 Maybe you have heard some hype about LEDs. Unlike fads that come and go, there are some wonderful reasons that LEDs should be incorporated into your everyday lighting use. The first, and possibly most important reason in our expanding global consciousness of green technology, is the long life and high efficiency of LEDs versus fluorescent light bulbs. LEDs have a lifespan of 50,000 hours and emit an amount of 6-8 watts per unit of light. In comparison, fluorescent light bulbs have a lifespan of 8,000 hours and emit 13-15 watts per unit of light. Just to break this down into basic terms, because light bulb speak is starting to annoy even me, LEDs last almost six times longer than fluorescent light bulbs and use less than half the amount of power during their lifespan. Compared to the incandescent light bulb, LEDs last forty times longer while and emit ten times less power during their lifespan. This makes LEDs pretty much a no brainer. To give you some more facts, here are some wonderful ways LEDs are being used.

For more information on the different ways LEDs are utilized, check out these sources: